Powerless airs tomorrow on NBC, but will you watch? 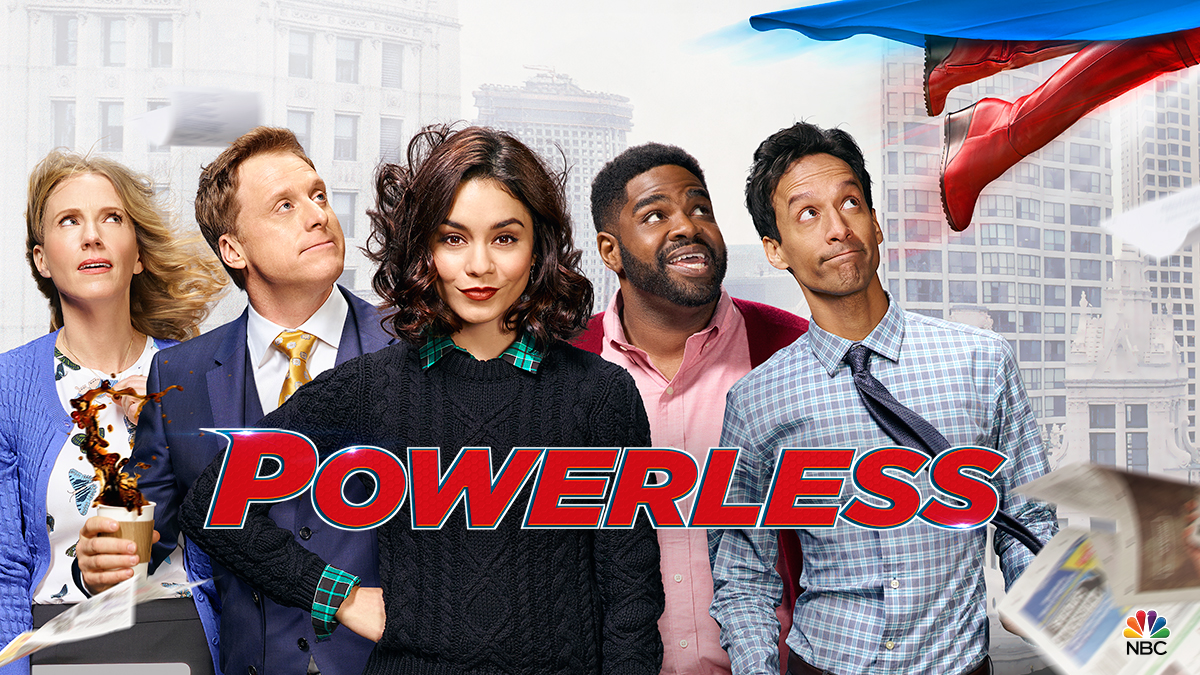 The new series Powerless follows the staff of an insurance company that specializes in creating products for defenseless bystanders to use to protect themselves from the peripheral damage caused by Superheroes and Supervillains. In this new world, Emily Locke (Vanessa Hudgens) begins her new job at Wayne Security. There, she quickly learns her expectations far exceed those of her new boss and her office mates. So it will be up to her to show the team that you don’t need superpowers to be a hero.

In the first comedy series set in the DC universe, Vanessa Hudgens (“Grease Live,” “High School Musical”) plays Emily, a spunky, young insurance adjuster specializing in regular-people coverage against damage caused by the crime-fighting superheroes. It’s when she stands up to one of these larger-than-life figures (after an epic battle messes with her commute) that she accidentally becomes a cult “hero” in her own right… even if it’s just to her group of lovably quirky co-workers. Now, while she navigates her normal, everyday life against an explosive backdrop, Emily might just discover that being a hero doesn’t always require superpowers.