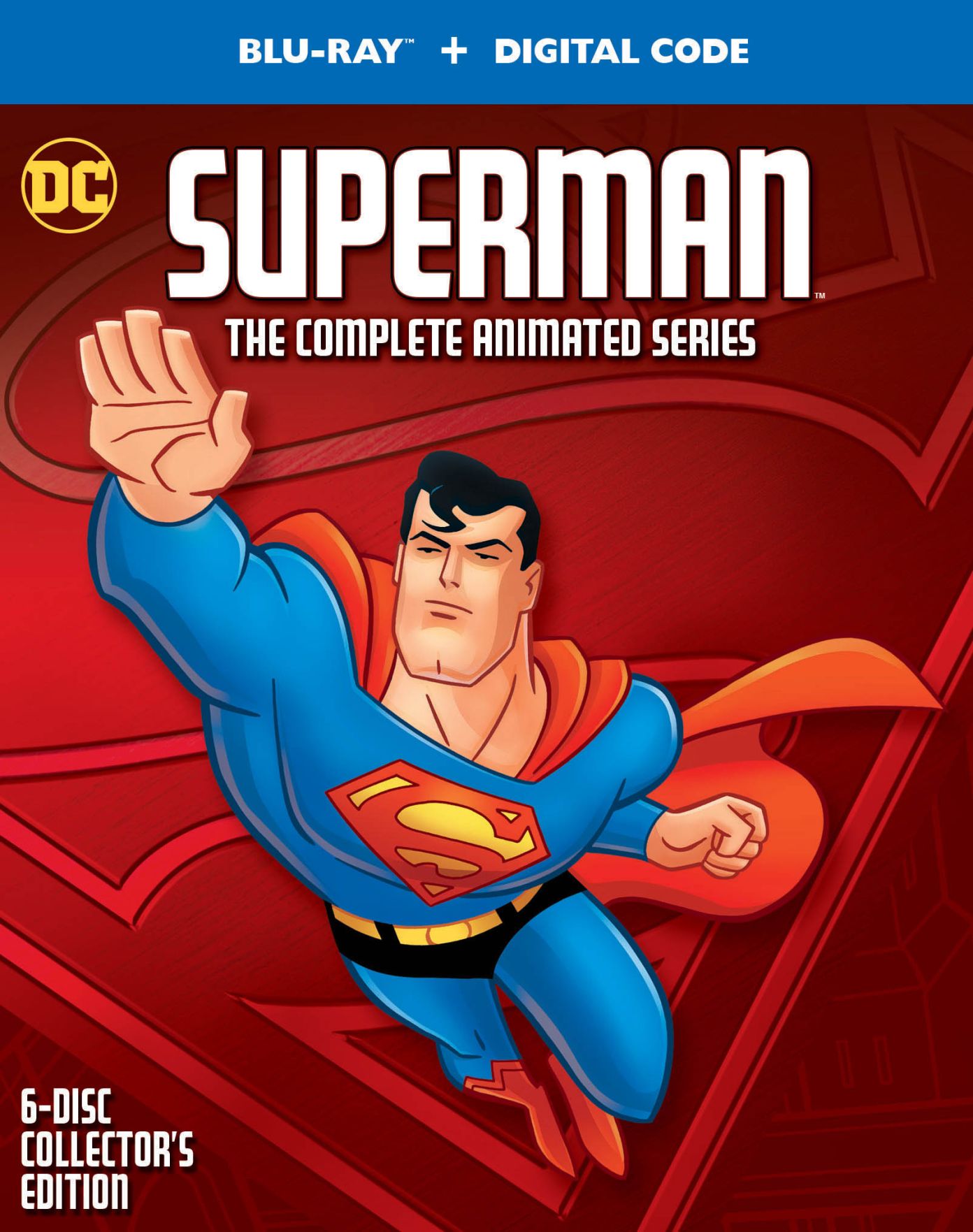 Warner Bros. Home Entertainment and DC are celebrating the 25th anniversary of Superman: The Animated Series with a fully remastered Blu-ray box set. Superman: The Complete Animated Series, which includes several hours of bonus features headlined by an all-new documentary detailing the creation of one of the most beloved animated Super Hero cartoons in history, will be available starting October 12, 2021.

Produced by Warner Bros. Animation (WBA), the Emmy Award-winning Superman: The Animated Series was the perfect follow-up to the landmark Batman: the Animated Series. Producers Bruce Timm, Paul Dini and Alan Burnett elevated The Man of Steel’s animated presence with an imaginative, heartfelt look at Superman’s adventures in Metropolis alongside Lois Lane and opposite the villainous likes of Lex Luthor, Brainiac, Darkseid and more. Premiering on September 6, 1996, the series continued WBA’s dominance in Super Hero animation, once again setting new standards for storytelling, art direction and acting performances – and garnering 11 Emmy Award nominations and two Emmy Award wins, including top honors as the Outstanding Special Class Animated Program of 1998.

All 54 episodes have been remastered from the original 35mm Interpositive sources, giving special attention to extensive color correction, dirt and scratch clean up, and adding a grain reduction pass to create a pristine picture, all while making sure not to affect the original lines in the artwork of the animation. The audio was retransferred from the original audio masters, and the series is presented in its original aspect ratio (4×3).