Warner Bros. Home Entertainment has released the cover art for Lego Batman: The Movie.
The 71 minute CG animated movie features Batman, Robin and Superman taking on Lex Luthor and The Joker. The release is set to be packed with a Clark Kent Lego mini-figure. Here's an image of the artwork below.

Lego Batman: The Movie is set for release on Blu-ray Combo Pack and DVD on May 21: 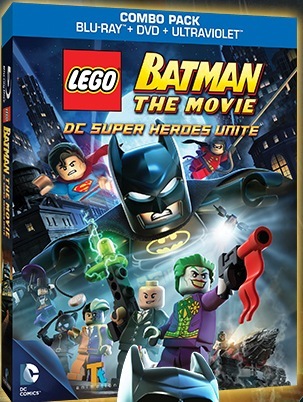