The Check that bought Superman went for 160K on auction!

It took 56 bids, but a check endorsed by the creators of Superman that conceded the ownership rights to the character went for $160,000 at auction at Comicconnect.com. 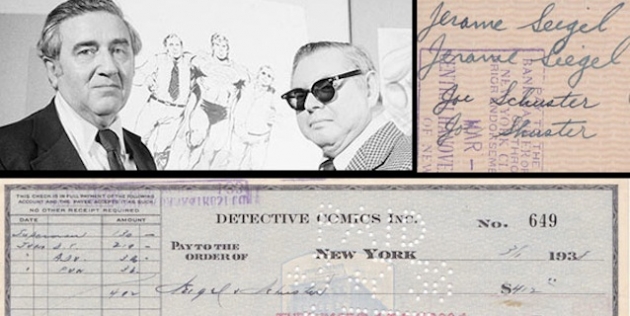 The check was issued by Detective Comics Inc. and was for $420, which included $130 for the rights to Superman, $210 for stories in Detective Comics, and two $36 payments for stories in More Fun and Adventure Comics. It was made out – incorrectly – to Seigel and Schuster, misspellings of the surnames of Jerome Siegel and Joe Shuster, the writer and artist team who created Superman.

The back of the check is endorsed by each man twice – first with their names spelled incorrectly and then accurately. The auction began on March 26. The signing away of the rights to Superman long plagued his creators, and their heirs have been waging a court battle to restore their claim on the copyright. In March 2008 a federal judge in Los Angeles ruled that the heirs of Mr. Siegel were entitled to claim a share of the United States copyright to the Superman character. Time Warner, which owns DC Comics, would keep the international rights to the character.