Michael Rosenbaum on Returning to Smallville

The Courier Press caught up with actor Michael Rosenbaum, who took a few minutes to discuss his reprisal of the role of Lex Luthor for the series finale of Smallville.

One point the actor continues to emphasize is that his primary reason for returning to the show is that it's something he owes the fans.

“I just felt like it was the right thing to do,” said Rosenbaum. “I felt the fans created the show and they followed me at such a level that I couldn’t say no. I was starting to hear voices. I felt after 160 episodes, that was it. But the fans didn’t think so. I’m doing it for them. I’ve got to make the fans happy. Lex is an integral part of the show. No one expects a show to last 10 years. I gave them seven years and I thought it was pretty commendable. Now it’s been on three more years. Clark is starting to look like he’s in his 30s. “Obviously there’s unfinished business between Clark and Lex that have got to get resolved,” said Rosenbaum. “Our future is depending on it.” 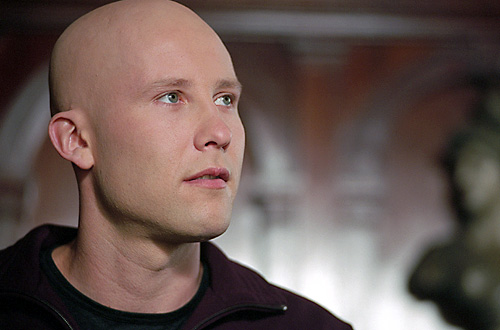 One thought on “Michael Rosenbaum on Returning to Smallville”