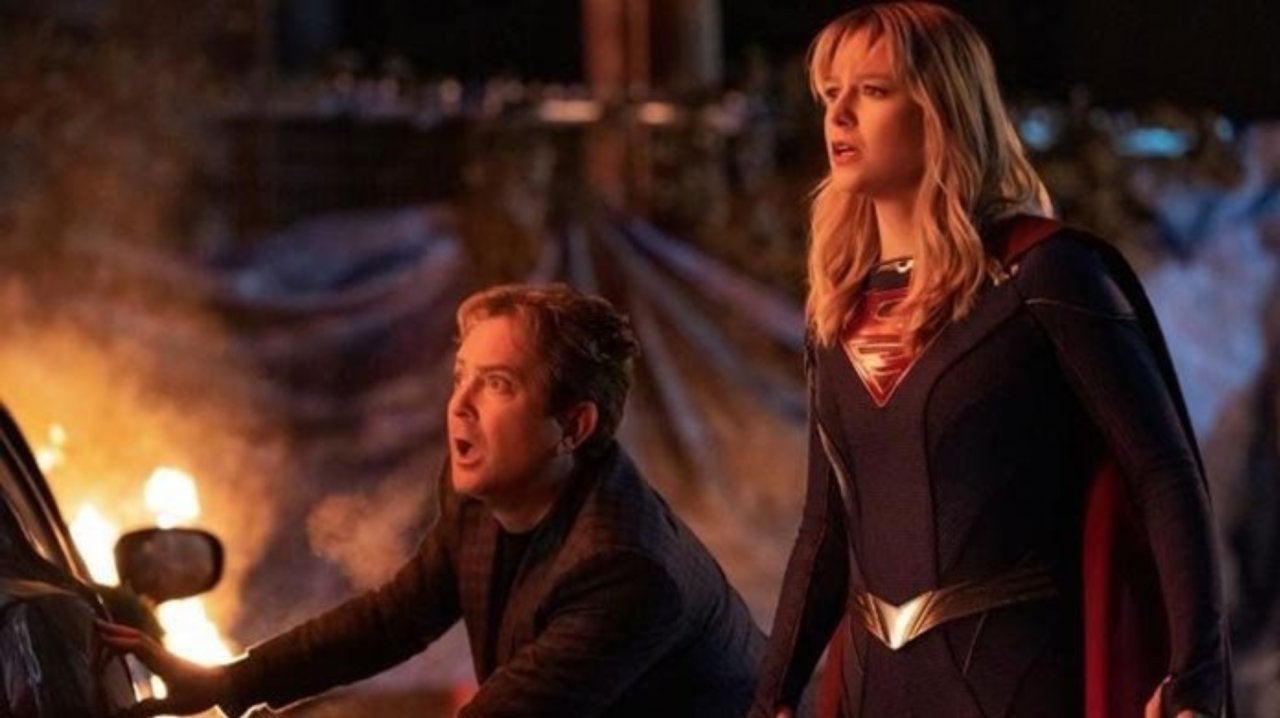 The CW has released a preview for “It’s a Super Life,” next week’s episode of Supergirl that just so happens to be the series’ landmark 100th episode. The episode will see the return of Mxyzptlk, this time played by Thomas Lennon, who offers Kara (Melissa Benoist) a tantalizing chance to find out what might have been. The episode, which is a play on It’s a Wonderful Life, will see Kara offered the opportunity to go back in time to find out what would have happened if she’d been able to tell Lena Luthor (Katie McGrath) her super secret before being outed by Lex (Jon Cryer).

The matter of how Lena found out Kara’s secret is one that has been a central focus of Supergirl in its fifth season. As fans may recall, Kara struggled with whether to reveal herself to Lena or not during much of Season 4, but ultimately chose to maintain her secret in order to protect her friend. However, Lex ended up revealing things to Lena everything after she shoots him but before he dies. The discovery essentially ended Kara and Lena’s friendship with Lena feeling betrayed, so much so that after the events of “Crisis on Infinite Earths” created a new reality, Lena opted to side with Lex, still hurt by Kara’s perceived betrayal.

entitled “It’s a Super Life” this episode is scheduled to air on The CW in the USA on Sunday, February 23 at 9.00pm ET/PT.

Mxyzptlk (guest star Thomas Lennon) returns with a proposition for Kara (Melissa Benoist) – what if she could go back in time and tell Lena (Katie McGrath) her secret before Lex did, would things turn out different? Looking back over key moments throughout the series, Kara must decide if she wants to change history to become friends with Lena again. Familiar faces return in this special episode.