Superman and Lois on the Cover of Total Film Magazine

"It's time for a change." It's time for a new Superman. A grittier Superman. A Zack Snyder Superman. But will we get a new Zack Snyder? We're still waiting for the next trailer for Snyder's Man of Steel, but in the meantime, marketing is kicking up now that we're in March and only three months away from the release this summer. Total Film, the movie magazine, has debuted a new cover photo featuring Henry Cavill in full costume (with cape) as Superman, standing behind Amy Adams as the new Lois Lane, reporter for the Daily Planet. A nice, clean version of the photo has been posted and it's worth sharing/discussing below. 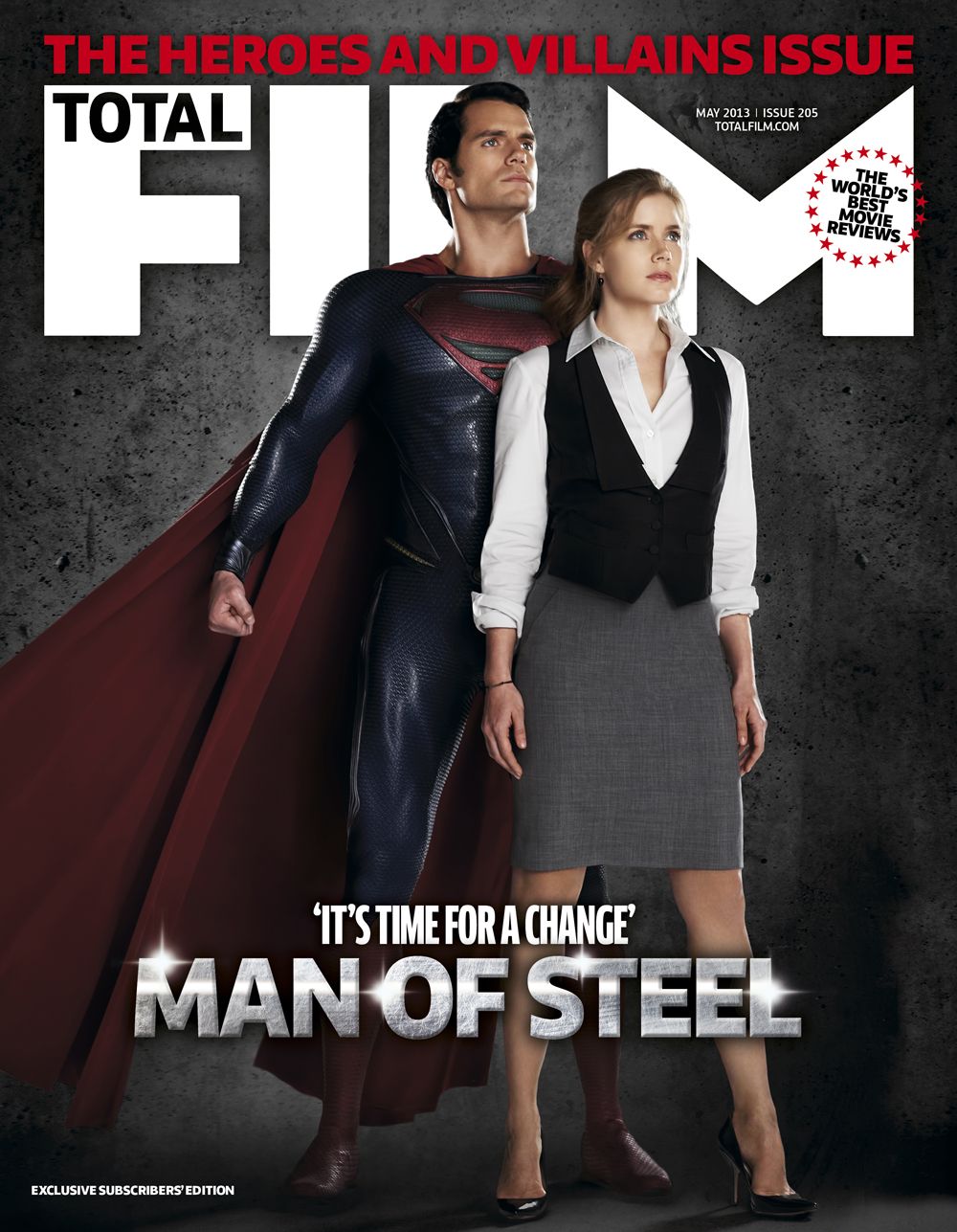