There's nothing quite like the cognitive dissonance dog owners every time they take their pooch out to, uh… eliminate. On one hand, you're proud of your pup — especially if you house trained it yourself — for doing its thing outside. On the other hand "its thing" is totally pooping. It's weird, man. That's why it's a relief (HAW!) to see that Superman deals with the same disparity when he takes Krypto on a walk to unleash his sheesh in Brett Underhill's animated short, Super Man's Best Friend. As described by Underhill, "After a long day working two jobs, Superman's duties never seem to end when Krypto decides that this must be the place." In this short, however, something totally unexpected happens when Krypto finds just the right spot to unload. You can catch Krypto's adventures in elimination after the cut. Just be warned: It's a wonderfully gross and NSFW. 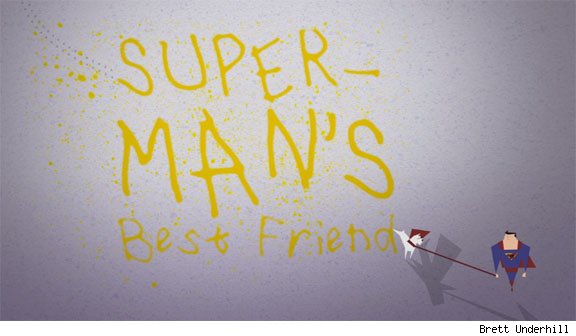