Smallville Fans Will Get Their Season 11! (Sort of..)

And, especially if it ends up in comics, what would differentiate ‘Smallville’ from the ‘Superman’ and ‘Action Comics’ titles already published by DC Comics? As a fan of ‘Smallville’, I’d like to see a continuation that follows the mythology of the show, which was different from that in the original Superman comics or that of the rebooted New 52 Superman titles. What do you think? Would you like to see what happened after the Clark Kent of ‘Smallville’ finally became Superman? If so, would you rather read it as a comic or a novel? 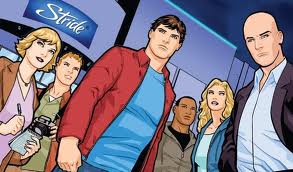