The Next DC Animation Title Has Been Revealed

Bruce Timm told fans at the "Green Lantern: Emerald Knights" panel at WonderCon this weekend that the next Warner Bros. animated film would be titled "Justice League: Doom", and would be loosely inspired by the "Tower of Babel" storyline from the comics.

The script for the animated movie was the final work of Dwayne McDuffie. The original story was published in "Justice League of America #43-46" and was written by Mark Waid and illustrated by Howard Porter.

Batman's greatest rival, Ra's al Ghul continues his quest to save Earth from humanity by thinning the ranks of the human populace. But after being thwarted over and over again, Ra's seeks to distract Batman by stealing the bodies of his dead parents while he enacts his nefarious plot. And to insure that Superman, Wonder Woman, Green Lantern, the Flash and the rest of the JLA do not interfere with his plans, he individually defeats each of the heroes using strategies developed by Batman himself! And when the League learn of his betrayal, they look to expel the Dark Knight from their ranks. 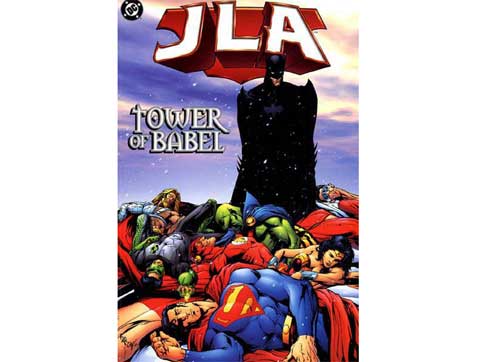