‘Meet The New Superman’ in this week’s Entertainment Weekly 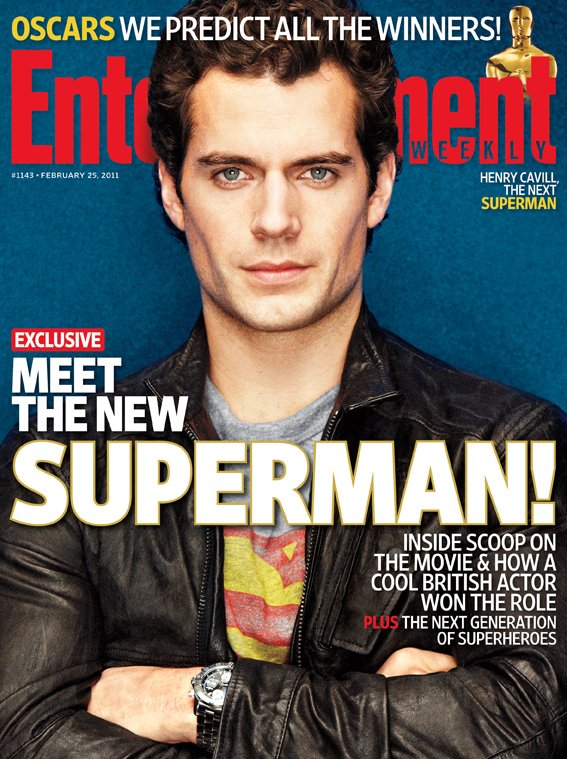 NEW YORK – Henry Cavill is Hollywood's newest superhero thanks in part to an all-star team of filmmakers (including Christopher Nolan and Zack Synder) that are set to relaunch the truest and bluest of all superheroes: Superman. This week's issue of Entertainment Weekly brings an exclusive look at the British man in tights, whose career may break the speed of sound. To become Hollywood's new Man of Steel, Henry Cavill had to pass the Laugh Test. To wit: Could he wear the Superman suit without anyone giggling? And not just any Superman suit. To shoot his screen test last month, the 27-year-old British actor donned a replica of the costume Christopher Reeve wore in director Richard Donner's classic 1978 film. By today's standards, those sky blue spandex threads with the iconic S shield on the chest look dated-and hence an effective yardstick for the team now charged with making Superman fly for 21st-century moviegoers. "If you can put on that suit and pull it off," says director Zack Snyder, "that's an awesome achievement."