Our Worst Fears Have Been Proven..

EW.com are reporting that Michael Rosenbaum will not return to the 10th and final season of "Smallville" to reprise his role of Lex Luthor.

"He has put the show behind him and moved on," says a knowledgeable source. "He's pursuing his other creative outlet [writing]. By all indications, he is not going to be involved."

EW has learned that Michael Rosenbaum has repeatedly rebuffed attempts by producers this season to get him back on The CW's show to reprise his role as Luthor in the finale.

There's still a small window of opportunity for Michael to change his mind, with the show wrapping production within the next two months, but it doesn't look likely. 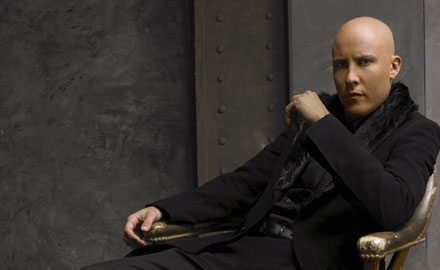 All I can say about this is :

"That Douche Bag! Who does he think he is?!  Shave your head and get on that set!"