The CW Network has announced that its hit series “Smallville” will return in the fall of 2010 for a momentous tenth season.

“Smallville” joins the five previously announced series – “The Vampire Diaries,” “Gossip Girl,” “90210,” “Supernatural” and “America’s Next Top Model” – which will all return for another season on The CW.

“Smallville” was developed for television by Alfred Gough & Miles Millar (“Shanghai Noon,” “The Mummy: Tomb of the Dragon Emperor”), based on the DC Comics characters. Kelly Souders & Brian Peterson serve as executive producers, along with James Marshall, Mike Tollin, Brian Robbins and Joe Davola. The series is produced by Tollin/Robbins Productions, Millar/Gough Ink and Warner Bros. Television. SUPERMAN was created by Jerry Siegel and Joe Shuster.

TV Guide is reporting that Tom Welling, Justin Hartley, Cassidy Freeman, and Erica Durance will all be returning. No official word yet on Allison Mack or Callum Blue. 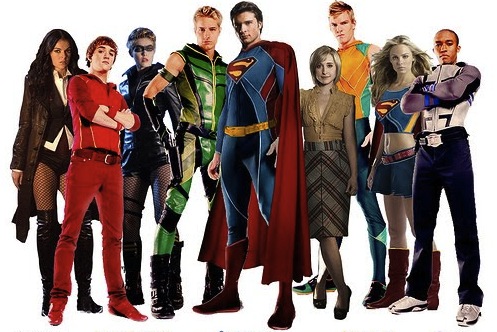