The folks at ComicBook.com raised a few questions about the NEW Krptonian Armor/Costume. However, they neglected to provide any answers to these questions!

So here at SOS, We are here with some answers for you! 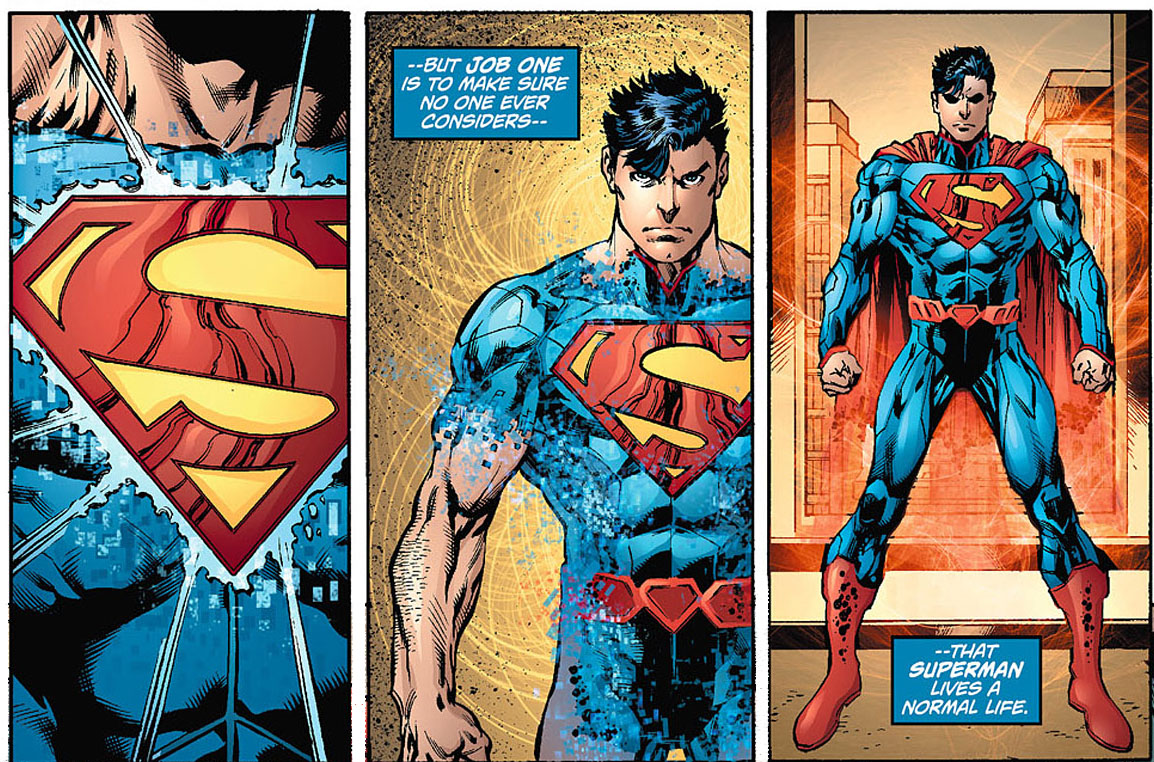 Answers after the jump:

A) The costume can in fact change color! Kryptonians had advanced the technology of hypercolor (early 90's t-shirt fad) to the next level! Depending on Superman's mood or body temperature his costume will change color!! (Please don't ask me what happens when he farts. This is a serious discussion.)

The costume actually recycles urine a feces to power itself. So essentially Superman can crap himself and still save the day!

The costume has an AI for superior to anything of Earthly origin. However, it still is not smart enough to solve the red underwear debate.

Superman's new costume does actually provide him with a NEW Superpower!  Superman can now glow in the dark and shimmer and sparkle in the light!

Say what? Clark Kent will still rip his shirts because it allows him to take out his frustrations while at the Daily Planet

Let Superman worry about the X-ray vision type stuff round here.  It's not necessary to know what our heroes wear underneath their clothes.  But if you must know, Superman wears briefs…..RED ONES…on the outside!!

Comments and Complaints in the usual spot. Thank you.