Professor Emil Hamilton will be in the ‘Man of Steel’ Spoiler Clue?

Production continues on Zack Snyder’s reboot of the Superman cinematic franchise, Man Of Steel, and it turns out that there’s still room for a bit of extra casting. Variety is reporting that The West Wing star Richard Schiff (last seen in Johnny English Reborn) has signed up to play Doctor Emil Hamilton in the movie. The Doctor Hamilton in question is believed to be Emil Hamilton from the comics, although whether he’ll be spun as friend or foe of Superman’s isn’t clear. In recent years, Hamilton has been more of the latter than the former. The film is set for release on June 14th 2013. What do you guys think? Are we going to see S.T.A.R Labs in the film with possible Superman experimentation?! 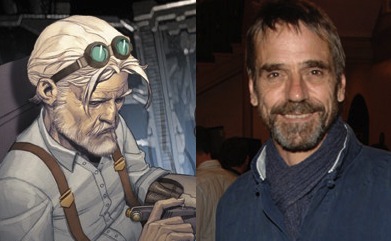