OK folks listen up, Erica Durance is not only set to guest star in this week's episode of NBC's "Harry's Law," she's also appearing as Wonder Woman. Sort of. Durance, best known for starring as Lois Lane on "Smallville," will be playing a woman named Annie Bilson who is on trial for vigilantism. Her character just happens to take to the streets dressed as the Themysciran princess and the show, created by David E. Kelley, is making use of the costume that was designed for his never-aired "Wonder Woman" pilot. (You can check out that show's would-be star, Adrianne Palicki, modeling the costume in an image released last year). The episode, airing this Wednesday, January 11th at 9:00pm ET, actually marks the second time that Durance has donned a Wonder Woman outfit for television. As Lois Lane, she wore a different take on the costume in the 2010 "Smallville" episode "Warrior," identifying herself as an "Amazon Princess" when the character headed to a comic book convention. Now, watch the footage and try not to drool on your keyboard! 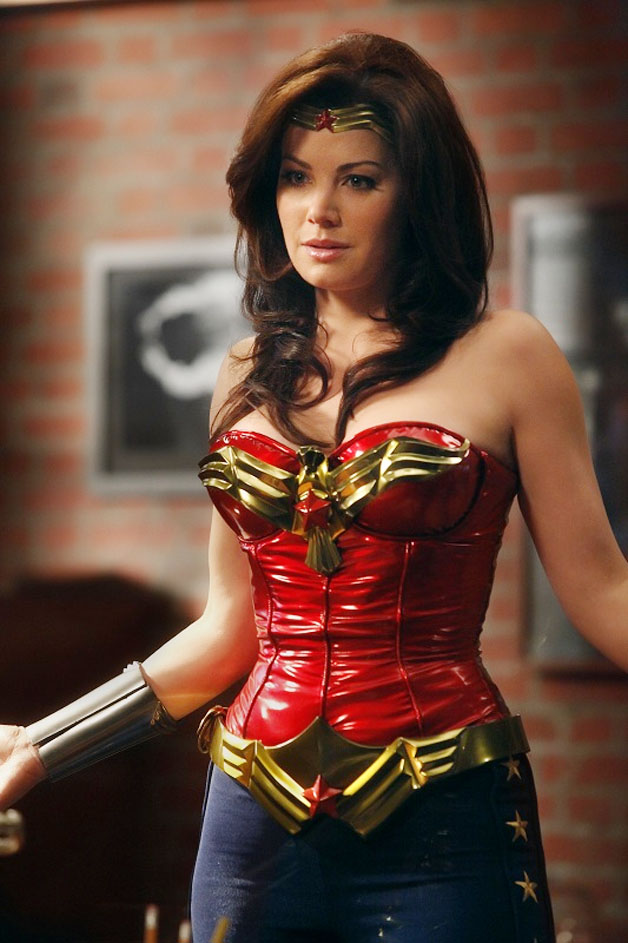