A "Green Arrow" television series is being planned for The CW with Greg Berlanti, Marc Guggenheim and Andrew Kreisberg writing and executive producing, EW reports.

Dating all the way back to 1941 when he made his first appearance in "More Fun Comics" #73, Oliver Queen is a billionaire who leads a double life as expert archer and costumed hero Green Arrow. Over the years, Queen has been a member of the Justice League and even Mayor of his hometown, Star City.

Justin Hartley previously played a television version of the character on "Smallville", becoming a regular cast member in later seasons. It's not mentioned whether or not the new series will connect in any way, but it is noted that Hartley is not being sought to play the role at this time.

"Green Arrow" isn't the only DC superhero being planned for the small screen. Plans for a "Booster Gold" pilot were announced late last year with "Blue Beetle," "Deadman" and "Spectre" series still believed to be in various stages of development. Of course, just because a network expresses an interest in a pilot doesn't mean that a series will see the light of day, as was the case with last year's proposed "Wonder Woman" series. 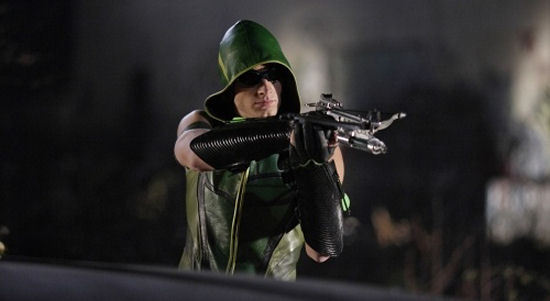