Brian Peterson reveals some detail about the last episodes of Smallville

EW sat down with Brain Peterson, and got some details on the final episodes (Including some major return characters!) 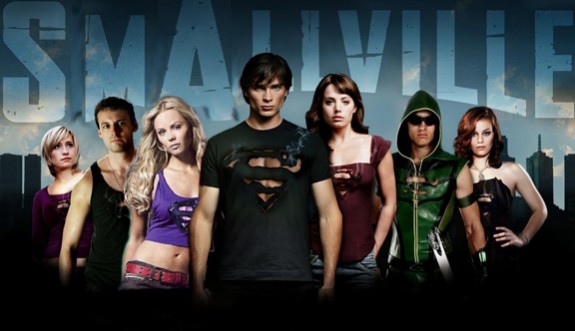 
ENTERTAINMENT WEEKLY: First, and very importantly, how much of a role will Michael Rosenbaum play in the finale?


BRIAN PETERSON: What I can say is, everybody that is in the finale plays a supporting role in Clark [Tom Welling] getting toward his ultimate moment. And Michael is no different from the other characters in that, and he’s very important. But it’s about Clark.

What can you say about the next few episodes?

First of all, every one of the last five episodes kind of has its own place. We very purposefully planned. The first one back, “Kent,” it’s kind of a thriller that is really heartwarming. And then we have “Booster” that is this really fun, glossy superhero that’s come to town and thrown a wrench in Clark’s plans. After that, we have a really cool, kind of Clark all-over quest. And then we come to “Prophecy,” which pushes us off in a really big, emotional way with a surprise and a twist toward the finale. The characters have a big, emotional journey going into the finale, but [those episodes also explain] a little bit of the mythology thread we’ve woven through the season. It really revs that up. So we get to see our big baddie coming as we go toward the finale.

Is there anything more you can tell us about “Booster,” which Tom Welling is directing?

It’s really fun because while we introduce Booster and Jaime as Blue Beetle, both those stories dovetail really nicely with Clark at the cross-section of those stories. It’s a great episode because it’s not only fun, but it also tells a really good, deep story about heroism. And then it’s really fun because right after that, we go into Justin Hartley’s directorial debut. And so we have Tom and Justin back-to-back directing. They’re two really different episodes, but both wildly cool.

“Dominion” is going to bring back Zod, right?

That’s the return of Zod…. The way we bring back Zod  is, I think, really fun, and it’s fun to see Oliver interacting with Zod. But the way we leave it, hopefully fans will really enjoy the way we leave Zod and will recognize the final image of him very clearly.