Mr. Cavill, Making The Round of Interviews, Lands with MTV

MTV News caught up with Cavill at this weekend's WonderCon, the San Francisco comic and arts convention where he was promoting his latest effort, a Greek mythology action-adventure film called "Immortals." In his first on-camera interview since being cast as Superman, Cavill discussed why it's so important to stick to the Man of Steel fans know and love, all while giving it a fresh, new take.


He said he has read the script and revealed that, in addition to staying "true to the source material," it's "basically just a re-imagining and a modernization of an iconic character." 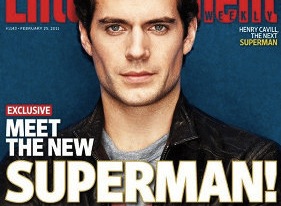