In a recent interview with The Star, Laura Vandervoort had nothing but bittersweet moments to share about her last shoot on the set of Smallville. Here is an excerpt from her interview:

“I’ve said goodbye to the crew three times now, and did the farewell tears and the hugs . . . and suddenly I pop back up again, and you kind of feel silly for getting emotional the first time.

“But it was nice to know I could come back. (That was) most important to me, because the fans were like, ‘Where is she? We want to say goodbye.’”

They’ll get their chance in Smallville’s penultimate episode.

“The fans will be happy,” she hints. “I didn’t really want to have the show end without Kara kind of wrapping up her future. I didn’t want her to be off flying around and no one ever see her again. 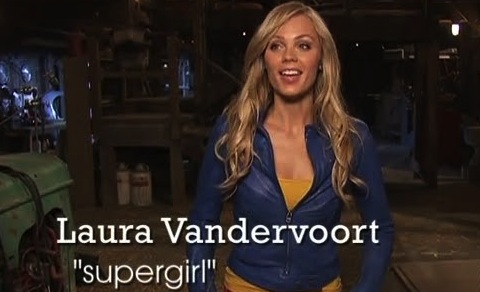