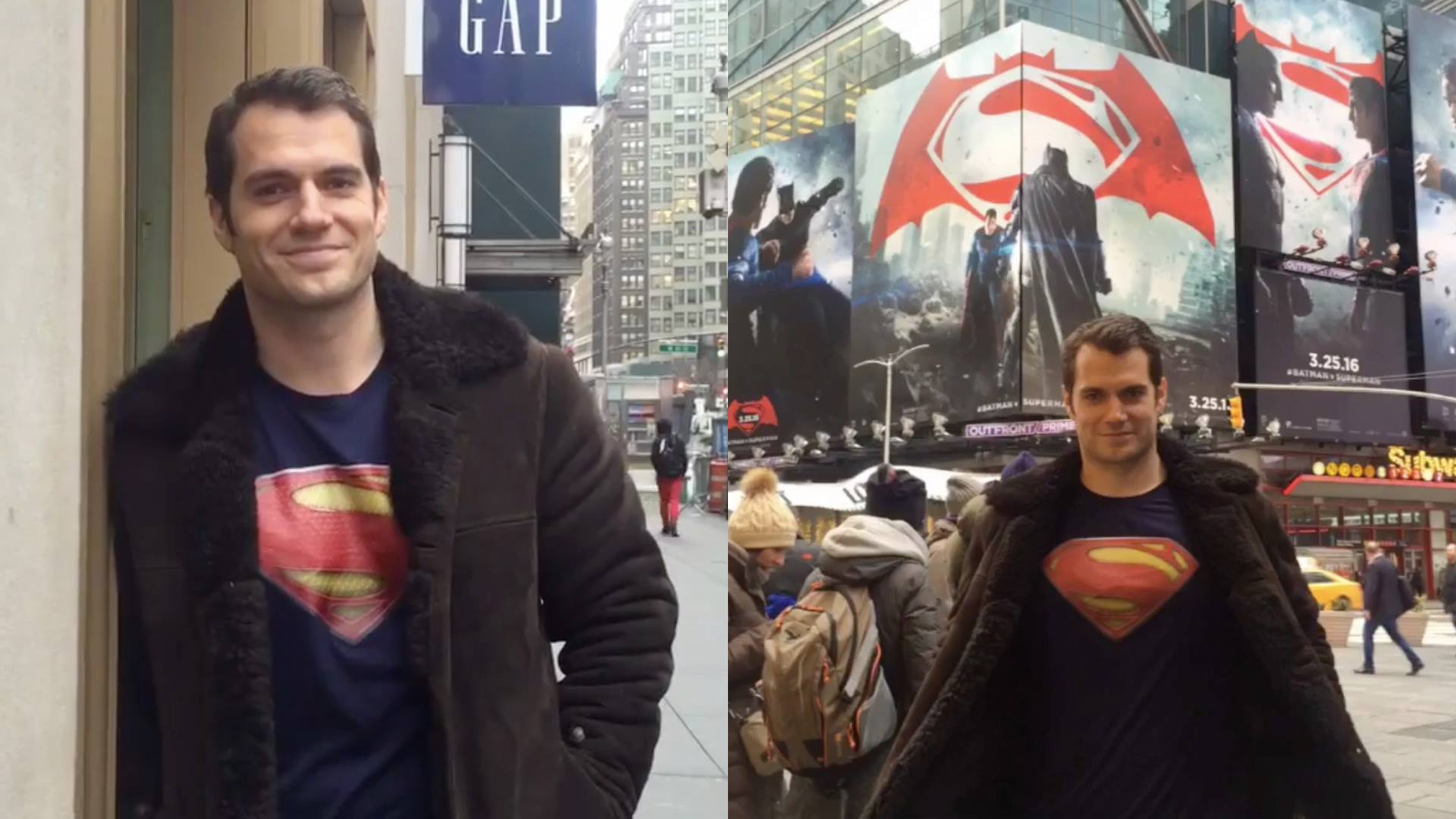 A lot of Superman fans commonly criticize the fact that his identity is concealed by a pair of glasses when he roams the Earth as an average citizen. The glasses keep folks from realizing Clark Kent is Superman.

Henry Cavill is aware of the chatter so he decided to head out to Times Square, which has photos of him and Batman v. Superman plastered on gigantic billboards, to see if people recognized him as Superman. He even wore a Superman t-shirt. In total, he was stopped twice. One person asked for directions and another told him he couldn’t take pictures where he was.

In others words, the glasses are enough to keep Clark Kent’s identity a secret.