Soon to be Superman, Henry Cavill and Ellen Whitaker have mutually decided to end their engagement, a source confirms to Us Weekly.

"There was no fallout. They just both agreed it wasn't working," the source explains.

"They broke up three months ago." 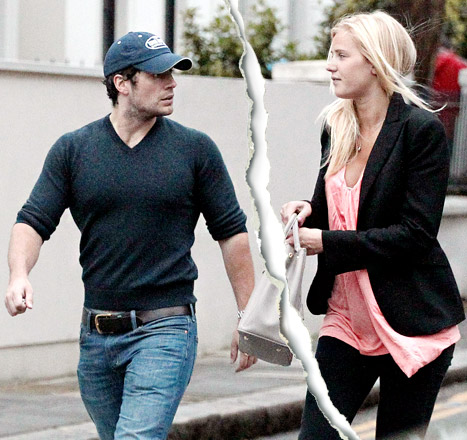 Whitaker, a champion show jumper, revealed details of Cavill's proposal in a May 2011 interview with the Belfast Telegraph. "I couldn't believe it when he asked me to marry him," Whitaker, 26, said. "I thought we were there to celebrate his birthday. It was such a surprise and I am so happy."

Best known for his role as Charles Brandon on Showtime's The Tudors, Cavill, 29, will play Clark Kent/Superman in the highly anticipated 2013 superhero film Man of Steel. His other TV and film credits include Immortals, Tristan + Isolde, The Count of Monte Cristo and Stardust.