Phyllis Thaxter passes away at the age of 90

Perhaps best known for her role as Clark Kent's (Christopher Reeve) mother in 1978's Superman, actress Phyllis Thaxter sadly passed away on Tuesday at her home in Florida at the age of 90. 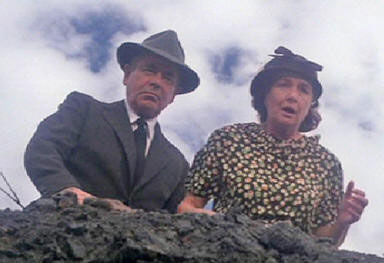 According to her daughter, actress Skye Aubrey, Thaxter passed away Tuesday (Aug. 14) at her Florida home after suffering from Alzheimer's disease. Thaxter's debuted on the big screen in the 1944 wartime flick "Thirty Seconds Over Tokyo" as a contract actress for MGM, where her other notable films include "Bewitched," "Week-End at the Waldorf," 1947's "The Sea of Grass" with Spencer Tracy and Katharine Hepburn and "Act of Violence." She then signed with Warner Brothers, appearing alongside John Garfield and Patricia Neal in "The Breaking Point" (1950); her other credits for the studio include "Springfield Rifle" (1952) with Gary Cooper, "Jim Thorpe — All-American" (1951), with Burt Lancaster and "She's Working Her Way Through College" (1952) with Ronald Reagan. Although Thaxter's big-screen career was derailed when she contracted polio in 1952, but she found regular work on television on such series as "Lux Video Theatre," "Alfred Hitchcock Presents," "The F.B.I." and "Murder, She Wrote." Richard Donner's "Superman," in which she played Ma Kent, Clark Kent's adoptive mother, was her last film role. Thaxter was married to MGM studio head James Aubrey from 1944 to 1962. After their divorce, she wed football star Gilbert Lea, her husband of 46 years until his death in 2008.