Building on the already established line of Beyond comics, such as Batman Beyond and Justice League Beyond, DC Comics kicks off Superman Beyond with the first digital issue available later today on the DC Digital applications. Superman Beyond #1 focuses on the Superman of the future, set in the Beyond continuity and is written by J.T. Krul with art by Howard Porter and Livesay. Below is DC’s complete description of Superman Beyond along with a sneak peek at a page from the first issue, on sale later today. 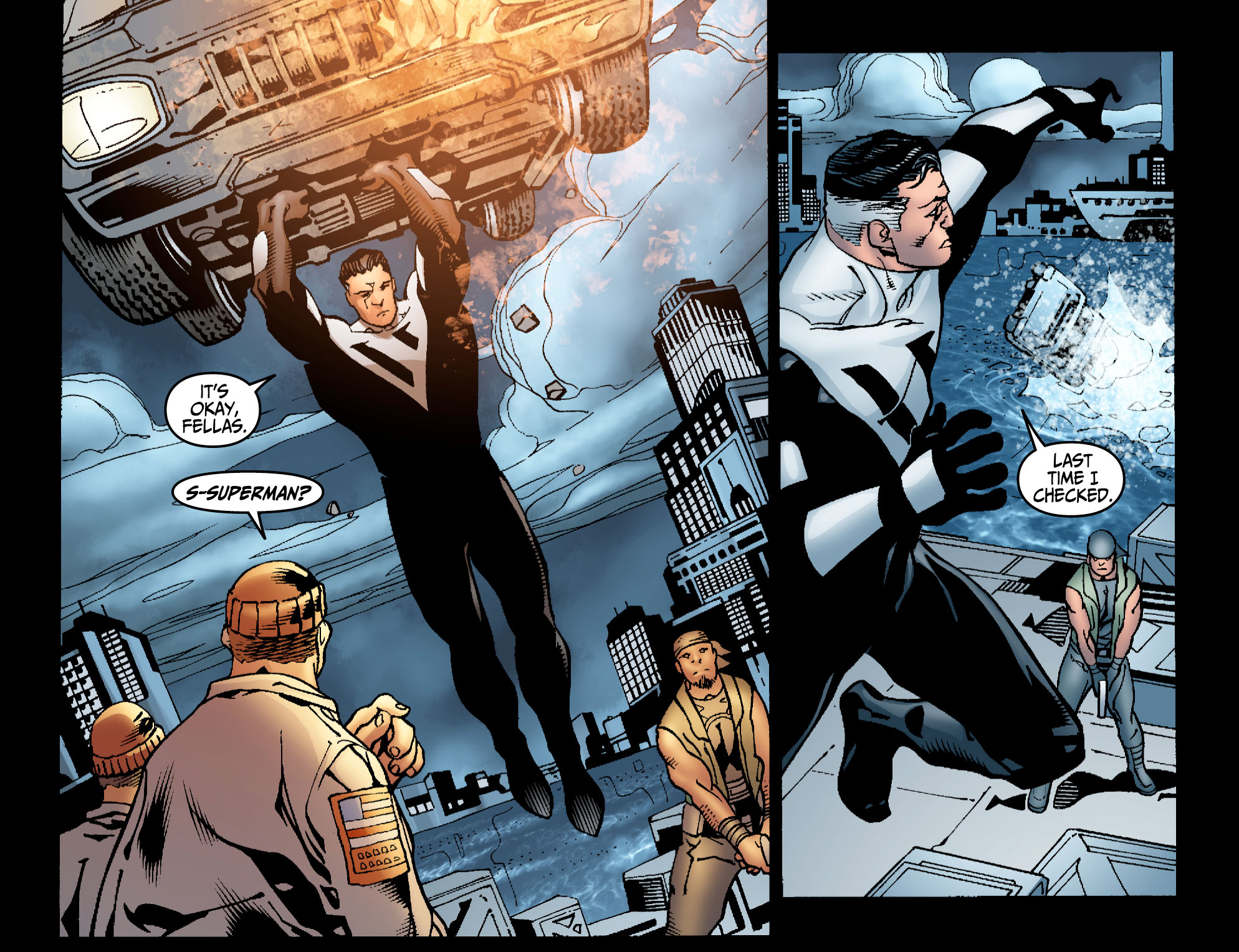 "SUPERMAN BEYOND The Man of Tomorrow returns home to an unfamiliar City of Tomorrow patrolled by super-powered police officers. With almost all of his friends and loved ones gone, he wonders if Superman has a place in this new world. But time and death hold no meaning for his greatest enemy who has set a plan in motion to destroy the Man of Steel once and for all. This book is part of the ongoing digital-first BEYOND series (BATMAN BEYOND, JUSTICE LEAGUE BEYOND, and print collection BATMAN BEYOND UNLIMITED)."