The Next Direct-to-DVD “Superman Vs. The Elite”

The Man Of Steel comes face-to-face with powerful villains, daunting rivals and a society more interested in retribution than justice when a new, less-ethical breed of super hero arrives in Metropolis in Superman Versus The Elite, the next entry in the popular, ongoing series of DC Universe Animated Original Movies.

Produced by Warner Premiere, DC Entertainment and Warner Bros. Animation, the all-new, PG-13 rated film arrives June 12, 2012 from Warner Home Video as a Blu-ray™ Combo Pack ($24.98 SRP) and DVD ($19.98 SRP), On Demand and for Download. Both the Blu-ray™ Combo Pack and DVD will include an UltraViolet™ Digital Copy. 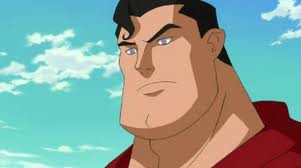