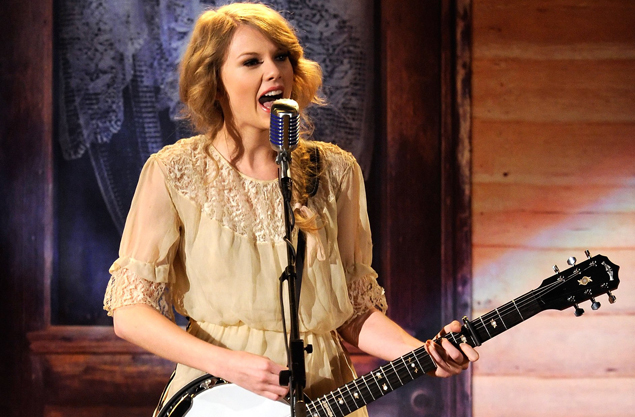 “This is the part of the show where I have an acoustic guitar, and I can kinda do whatever I want with it,” Swift announced while strumming, before setting the crowd off into a high-pitched frenzy by asking, “I kind of want to play a song for you that I’ve never played before, if that’s OK?”

She set the stage a bit more by explaining, “This is about, well a guy, as usual. This was a guy that I was sort of enamored with.  This song got its title but something that I just said randomly in conversation, (when) he walked out of the room, I turned to one of my friends and said, ‘it’s like watching Superman fly away’”

She then launched into the gentle, slightly melancholy tune (featuring, of course, a big arena-ready sing-along chorus), and despite the fact that this track is only available on the deluxe, Target-exclusive edition of ‘Speak Now,’ a good deal of the crowd was quickly singing along with Swift.