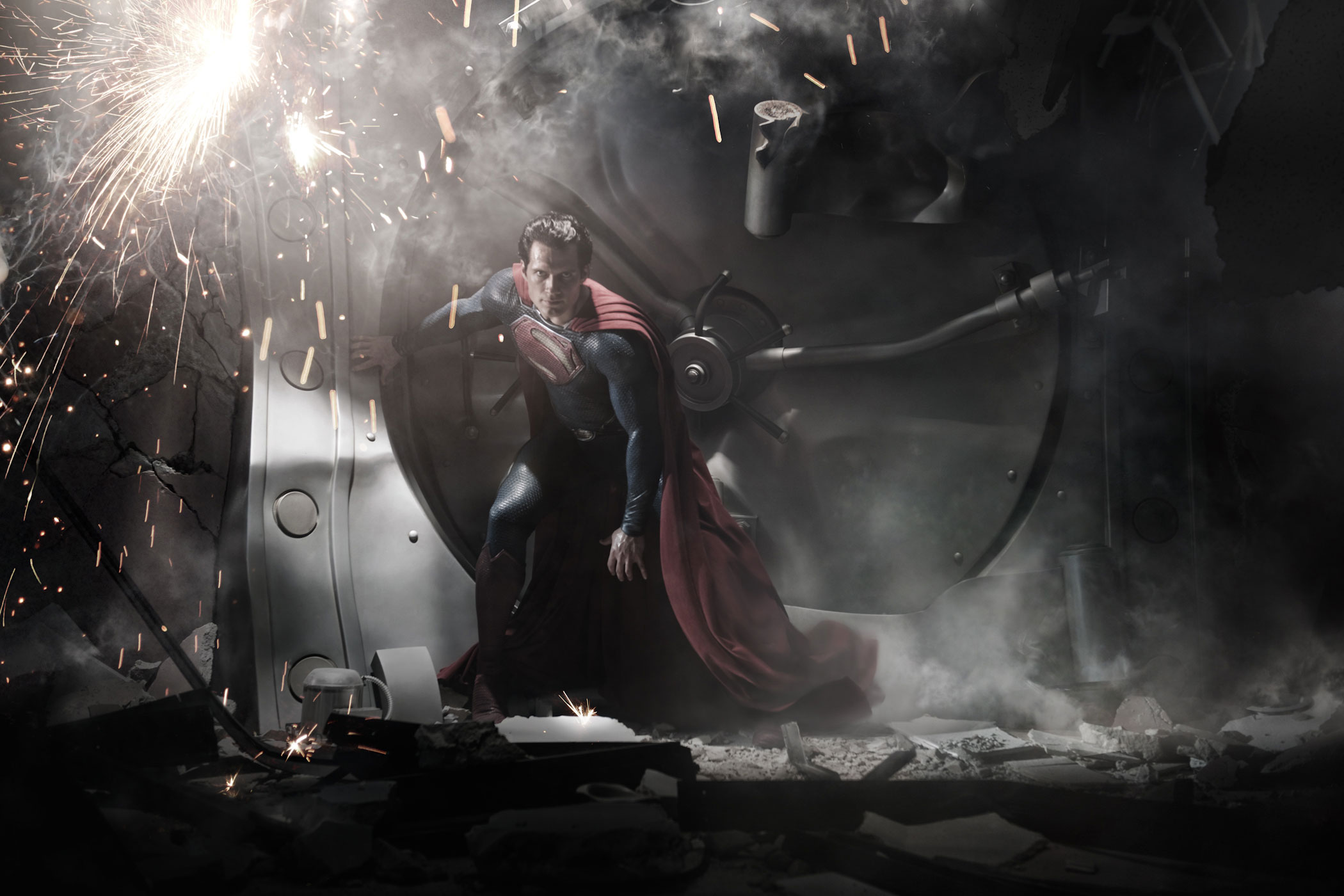 Warner Bros. this morning released the inaugural image of Henry Cavill as Superman in what seems to be quite an adrenaline-surging action scene (though since production hasn't yet begun on the Zack Snyder superhero flick, we're guessing this was just a painstakingly staged photo op for our benefit). Though for all the trouble they went to, they could've done with a tad better (if, albeit, slightly less dramatic) lighting scheme—while the red cape, signature "S" across the chest and well-filled-out (and oddly shiny) blue suit are all accounted for, it's hard to tell if he's also wearing the classic red trunks, or if WB changed up the color scheme. But seeing as what happened the last time costume liberties were taken (yeah, we're looking at you, Wonder Woman), we're gonna give them the benefit of the doubt on this one. The movie is due out June 14, 2013.