Henry Cavill on (and in) the tights..

“It’s extremely cool. There’s no other feeling like it. They just put it on, I turned around and look in the mirror and you can’t really play it cool – you sort of guffaw and laugh. I thought ‘OK, holy hell, this is real, it’s not a joke anymore. This is it…you’re doing it, you’re right in the middle of it.’”

Preparing his body for the role?

“I’m on 5000 calories a day… You’ve got to eat protein first, then a little bit of carbs…you’ve gotta keep your hunger levels going. I’m training two and a half hours a day, pushing my body beyond its normal limits, putting on a lot of muscle mass and just making myself look like Superman.”

Would he ever consider being James Bond again?

"That would be absolutely amazing. If they approached me on that I’d leap at the opportunity to do it. But that’s of course well away for the time being…” 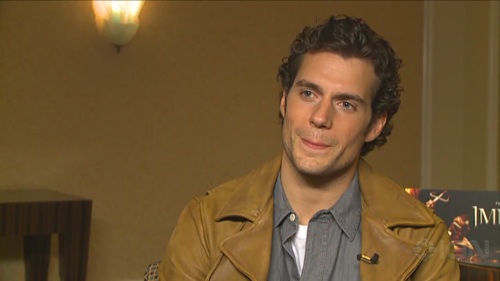