After 15 years of wedded bliss (or as close as comic books get to it), are Superman and Lois Lane about to be single again?

DC Comics Co-Publisher Dan Didio hints to PopcornBiz that, on the heels of the recently announcement of a line-wide revamp that will involve both wholesale changes and subtle tweaks to its entire roster of characters, the long-standing marriage between the Man of Steel and Metropolis’ most intrepid reporter just might be wiped away in the new continuity.

“Let’s just say it's being reexamined,” says Didio, who oversees the 77-year-old comic book company, which relaunches all of its titles with 52 new #1 issues in September, “because it's something that I think is something that is so valuable to the character's story that you really want to explore all facets of it. Not just as it exists currently.” 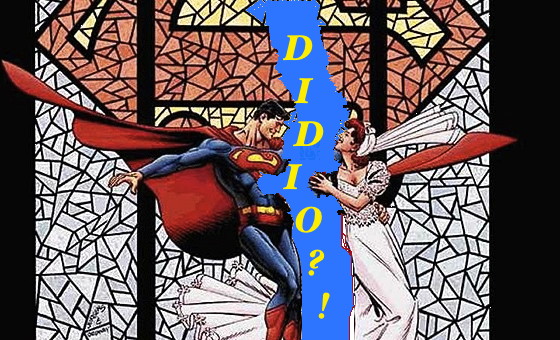