Clark And Lex: Face to Face Once Again!

Reunited and it feels so good: Below is the first pic of Clark Kent and Lex Luthor facing off in the series finale of Smallville. In fact, there’s two large photos from the finale featuring the return of Michael Rosenbaum as Lex, which airs its two-hour closer on Friday, May 13. Check it out: 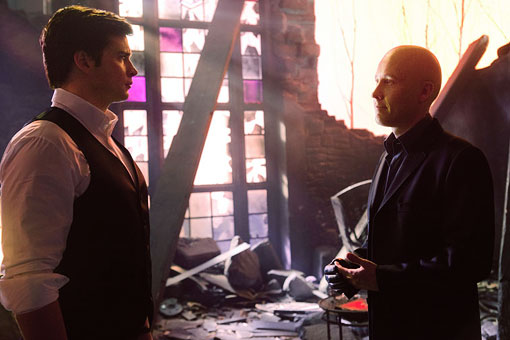 For those who missed it, here’s the teaser: