The Smallville Finale and More From TV Guide

Though Smallville has been Clark's story before he becomes the Man of Steel, a superending was part of the original plan. "The last scene of the last episode was always going to be Clark putting on the suit and flying off into his destiny," says Al Gough, who created the show with Miles Millar way back in 2001. "And my guess is that, when we all see the finale, it will be some version of that." Since Gough and Millar departed the show at the end of Season 7 they have remained friendly with Souders and her fellow exec producer Brian Peterson. "The wonderful thing about the show is that the people who work on it are just as passionate about it today as they were 10 years ago," says Gough

For more from TV Guide check out the full scoop HERE 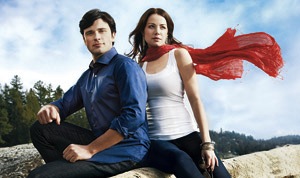