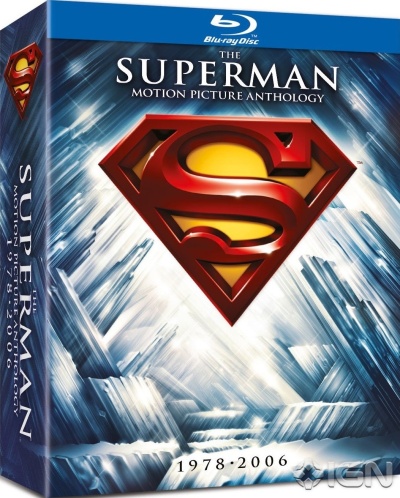 All five live-action Superman movies are being released as a Blu-ray anthology this summer.

The EIGHT-disc collection will be region free and include all four Christopher Reeve films, including both Richard Donner extended cuts, as well as 2006's Superman Returns, and 20 hours of bonus features.