While attending CinemaCon in Las Vegas, Amy Adams shared some of her thoughts on why she decided to play Lois Lane in Zack Snyder's Superman: Man Of Steel.


"I think the role of women in society constantly changes. And what I love about Lois Lane is that she’s been very consistently strong, successful, independent. I’m very attracted to that. It was a time when women were really — I don’t want to make some grand statement because I know it will come across as a grand statement — but [women were often limited by society then and] what I loved about her was that she was able to be smart and be feminine and I think that that’s something I know I’m going to teach my daughter, that you don’t have to be a man to be powerful. You can be a powerful woman." 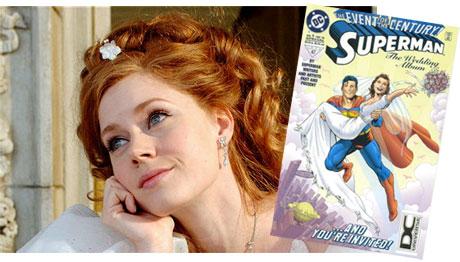