Description from the CW: HAWKMAN AND STAR GIRL RETURN! – The VRA is in full effect and things take an unfortunate turn of events after the Green Arrow (Justin Hartley) tries to stop a mugging but is attacked by citizens for being a super hero. Clark (Tom Welling) discovers that the civilians who attacked Oliver were all marked with a darkness tattoo. Carter Hall (guest star Michael Shanks) and Star Girl (guest star Britt Irvin)return to help Clark deal with Slade’s (guest star Michael Hogan) re-emergence after he kidnaps Lois (Erica Durance). 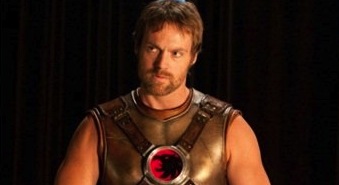 Be the first to comment on "Smallville 10.11 “Icarus” Promo"