The CW has released the official synopsis of the 200th episode of Smallville, episode 2.4, "Homecoming." 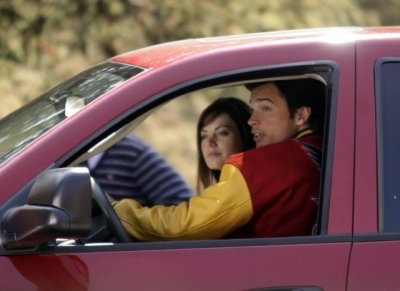 A RECORD-BREAKING EVENT! SMALLVILLE HITS 200 EPISODES AND BRINGS BACK FAMILIAR FACES LIKE JAMES MARSTERS AS BRAINIAC – In an attempt to cheer up Clark (Tom Welling), Lois (Erica Durance) convinces him to attend their five-year high school reunion. A visit back to the home of the Crows has Clark remembering old times with Lana (Kristin Kreuk) and Chloe (Allison Mack), while Lois is furious that no one remembers her five days as a student. Brainiac 5.0 (James Marsters) uses his Legion ring to visit from the future and takes Clark through his past, present and future. He shows Clark what really happened the night Jonathan died, Oliver's (Justin Hartley's) current pain and Clark's future at the Daily Planet with Lois and his role as Earth's favorite red and blue superhero.

Be the first to comment on "Smallville 10.4: Homecoming – Official Synopsis"