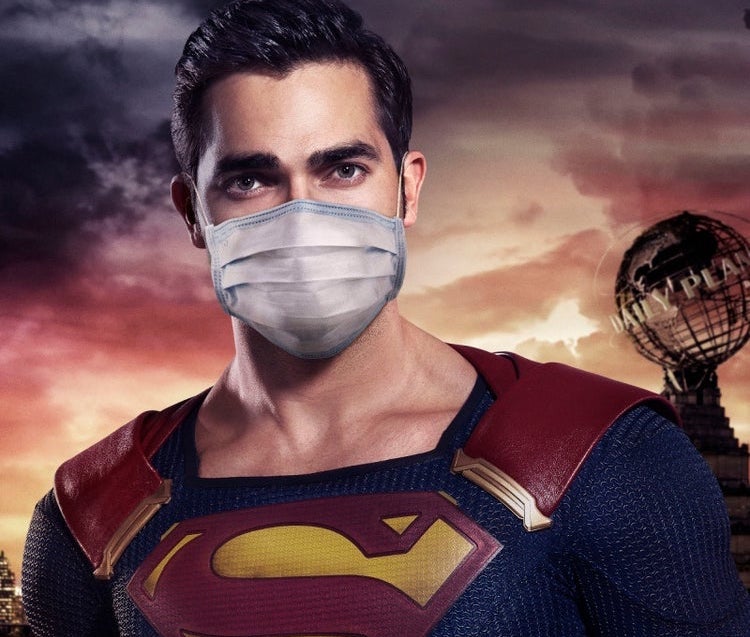 The CW has released seven new promotional posters featuring most of the Arrowverse’s top heroes wearing face masks, each with the tagline: “Real heroes wear masks.”

Head below to see all seven posters!

As you would imagine just like the rest of the TV world, the CW superheroes have been largely disrupted by the COVID-19 pandemic. Nearly all these series had shortened seasons due to filming being prohibited before their shoots had wrapped. Also, we won’t be getting any new episodes this fall, with the next seasons being held off until early 2021 instead. Batwoman, Black Lightning, The Flash and Superman & Lois will kick off in January, with Legends of Tomorrow and Supergirl following at a later date. Here are the posters: