DC Toys 7 Action figure fans have known about DC Direct's upcoming "New 52" figures for awhile, but Mattel will be delivering its share of updated toys in 2012 as well. CBR got a first look at Mattel's second wave of DC All-Stars figures coming in the new year, which will include Superman and the Flash in their "New 52" looks, plus Red Robin and Supergirl in costumes from DC's previous continuity. According to CBR's interview with Mattel's Associate Marketing Manager for DC Universe, Young Justice and Superman toys, Danielle McLachlan, additional characters sporting their new costumes from DC's relaunched titles will be available in 2012 as well. 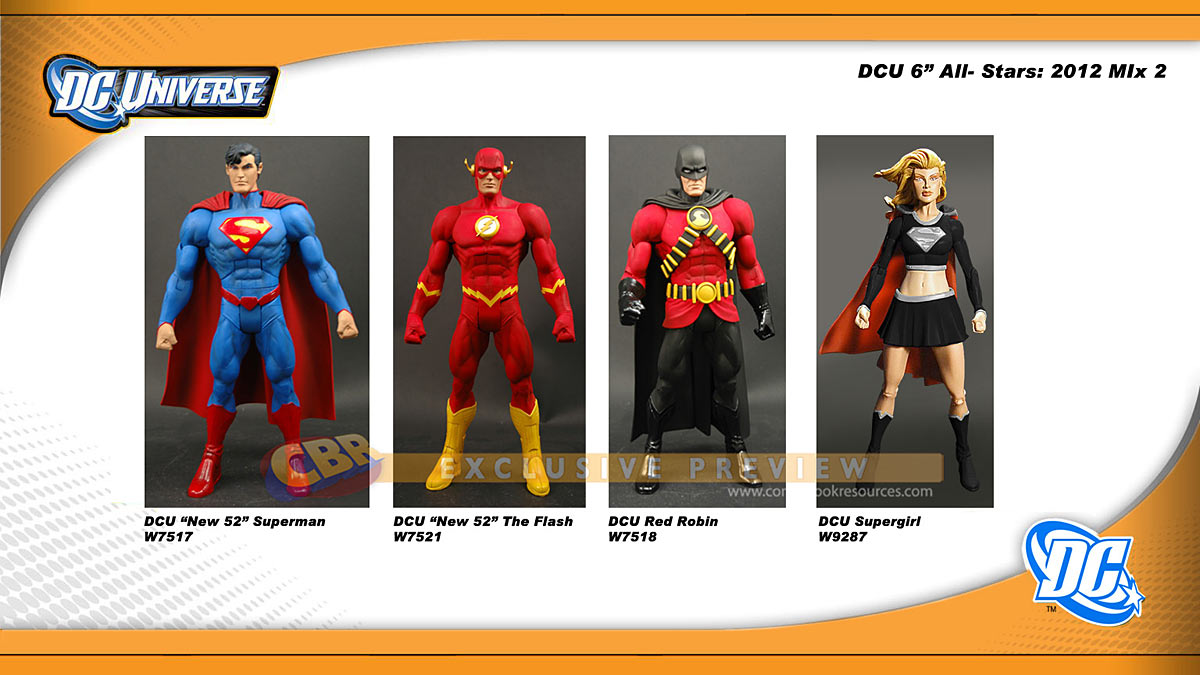 Get the whole scoop at ComicsAlliance.com