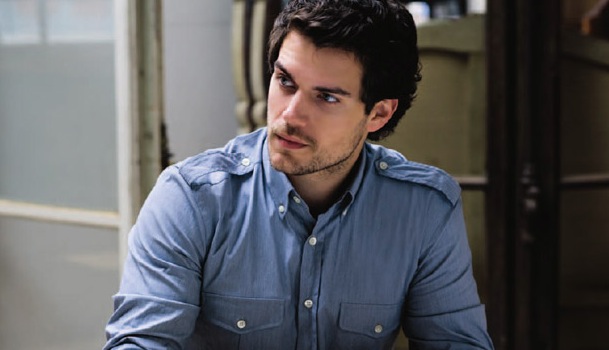 "When that came out, everyone went, 'Arrhhh! Everything's changed,'" exclaimed Cavill. "It's part of the evolution of the character. There is a modernization to it, and certainly our style is making him easier to associate with because it's pretty tough to associate with an invulnerable alien." Cavill on coming close to playing Superman before and the contacts he made at WB: "It's actually been proven that just because I didn't get Superman then doesn't mean that I can't get Superman now," said Cavill without sounding the least bit arrogant. "You can't let it get you down. You've got to look at the positives. I got to meet with Warner Bros. and everyone there. It's beneficial, really." Cavill on the fan reaction and his research into the source material: "There are a lot of people who have dedicated their life to loving this character. … Their opinion does matter," noted Cavill. "I've done my research on the source material. I have my opinions on the various bits and bobs, but sometimes there will be a little gem out there about one of the books, and I'll say to myself, 'Yeah. That's a good point.'" Immortals director Taresem Singh also sings Cavill's praises and states he will be a wonderful Superman: "He will deliver in spades," said "Immortals" director Singh of Cavill's Greek hero portrayal. "There's no drawing this guy back at this point in his life. He's so committed. … In my film, he had to act, but he truly is a Superman." Singh said he was sold on Cavill for Immortals when he gave the actor a simple scene to read, and Cavill effortlessly interpreted it five different ways.