'Superman: Requiem', a new feature-length high production-value Superman fan-film, will stage its World Premiere in support of the Christopher & Dana Reeve Foundation on November 7th at London's Odeon, Covent Garden. The film continues from events seen in previous films, and Superman has firmly established himself as the unquestionable saviour of mankind, but when Lex’s son Alex Luthor discovers a way to remove most of Superman's powers, the Man of Steel must find a way to prove to the world that he is still a Super Man. Almost 300 individuals will be attending the red-carpet event, including all of the main cast and crew, as well as other VIP's and special celebrity guests and many of the world's press, and fans are being encouraged to join the cast and crew and meet them as they walk the red carpet into the event. The premiere, in addition to celebrating the completion and release of the film which has taken 18 months to produce, will be raising funds for the Christopher and Dana Reeve Foundation which increases awareness and funds research that develops treatments and cures for paralysis caused by spinal cord injury and other central nervous system disorders. ‘Superman: Requiem’ will be released publicly online on November 11th on the official website at www.themanofsteelisback.com, hosted by OpenFilm, and also on Facebook and Youtube.

"Superman: Requiem" on the web: 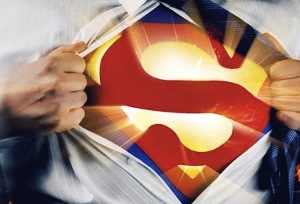