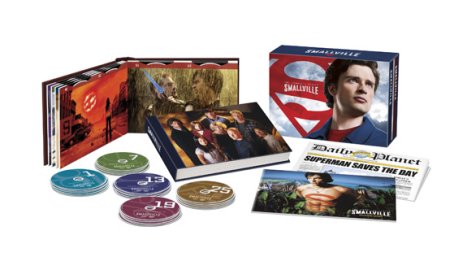 TVShowsOnDVD revealed today that the 2006 Aquaman TV pilot from Smallville creators Alfred Gough & Miles Millar and starring Justin Hartley will be on the complete-series Smallville DVD set, due out later this year.

(Sadly, TVShowsOnDVD also confirms that the right-resolution copies of Smallville – while high definition – are NOT good enough for a Blu-Ray release).