Zack Snyder finally speaks on his cast choice so far and more!

"Amy is really just an amazing talent. I think she grounds the part in a really amazing way, for me anyway. She's beautiful and she's smart. What we're trying to do with the project, she just really sort of embodies everything we're going for."

On Casting Henry Cavill As Superman:

"As you know, he was up for the role before. That was 8 years ago I think. And I think now, the thing's that awesome, the thing that i love about him is that he's a man. And I think it's been a while since we had a manly Superman. And also, he has this little bit of kindness which is important."

On Whether General Zod Will Be The Villain:

"I like that there's this whole process of elimination. I can't say exactly who it is. As you know, this is a secret project! I hope that when people do find out that they like it, because we think it's the right guy we're going after.

Starring Henry Cavill as Superman and Amy Adams as Lois Lane, Superman: The Man of Steel is expected to be released sometime during the Winter of 2012! 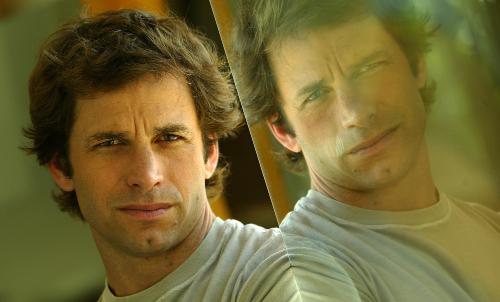