Wonder Woman gets the green light on NBC!

Wonder Woman will  fly this pilot season after all. New NBC entertainment president Bob Greenblatt capped a day of high-profile pilot pickups with a surprise order to David E. Kelley's Wonder Woman reboot. Additionally, he formally greenlighted another hourlong project from an A-list showrunner, Michael Patrick King's Mann's World. Both shows hail from Warner Bros. TV. Meanwhile, the commitment to the J.J. Abrams/WBTV-produced drama Odd Jobs starring Michael Emerson and Terry O'Quinn, whose script came in very late, is being rolled to next season when it will be applied to the same or new Bad Robot project. And Greenblatt has passed on the Josh Schwartz/WBTV supernatural drama Ghost Angeles starring Rachel Bilson. 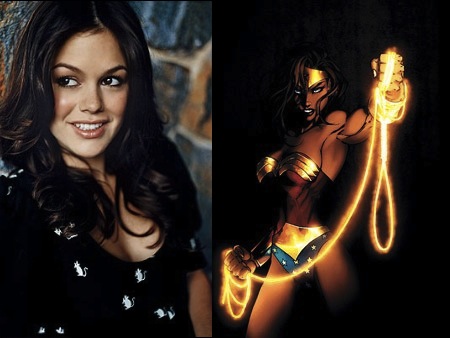 WBTV took Kelley's Wonder Woman spec out to the networks in the first week of January. At the time, NBC was the most interested but, with Greenblatt still on the sidelines, the network couldn't commit to the type of license fee that the studio was seeking in order to do the show Kelley had envisioned, and WBTV decided to shelve the project. With Greenblatt now firmly taking the reins and Kelley just delivering one of the most promising new series for NBC this season, Harry's Law, NBC stepped up to greenlight Wonder Woman. The project is described as a reinvention of the iconic D.C. comic in which Wonder Woman — aka Diana Prince — is a vigilante crime fighter in L.A. but also a successful corporate executive and a modern woman trying to balance all of the elements of her extraordinary life. "I had a lot of fun writing it," Kelley said of the script at TCA last week when the project had just been put on hold. "It's a huge project, and it was probably a bit too much to ask anyone to try to chew on it for next season. But I'm confident it will still happen. It's a very complicated piece, which is the most fun thing about it."

Mann's World, which King will also direct, is a one hour drama following the complicated life of Allan Mann, a celebrity hair stylist in glamorous Los Angeles as he navigates the complexities of his business, his family life, and his goal to stay relevant in a world that moves quickly. The project is already casting.

The orders for Wonder Woman and Mann's World come hours after Greenblatt greenlighted musical pilot Smash, based on an idea by and executive produced by Steven Spielberg.