Episode Breakdown till the Series Finale

Jan 20, 2011
The Beginning of the end is here , Kal El's journey towards becoming Superman is nearly appon us , as we approach SMALLVILLE's final episodes …

The CW's Official Description: CHLOE SULLIVAN RETURNS TO SMALLVILLE — Clark (Tom Welling), Oliver (Justin Hartley), Lois (Erica Durance) and Dinah (guest star Alaina Huffman)are released by the VRA after being captured at Hawkman’s funeral but each of them have flashbacks of Chloe (Allison Mack) holding them against their will. When Chloe returns, Dinah warns the others that Chloe may now be a traitor. Oliver dismisses her concerns but Clark is unsure if he can trust Chloe after she disappeared without an explanation.

The CW's Official Description – MARTHA KENT COMES HOME — Clark (Tom Welling) is surprised to see Martha (Annette O’Toole) on the news speaking at a pro-vigilante rally. However, surprise quickly turns to horror when he and Lois (Erica Durance) watch as Martha gets shot on national television. Meanwhile, Lionel (John Glover) reveals himself to the world and reclaims LuthorCorp from Tess (Cassidy Freeman) and Oliver (Justin Hartley). Lois and Chloe (Allison Mack) decide to cheer Clark up by showing him videos from thousands of vigilante supporters professing their support for The Blur.

Lucas Grabeel is reprising his role as Lex Luthor in this episode , as for John Glover as Lionel Luthor

From Krypton Site : From Erica Durance's Zap2It interview: "We'll be getting more into that undercover stuff, and in the episodes we're shooting now, she's playing a much larger role in the dual identity thing that ultimately becomes a huge part of Clark's future. Which is incredibly sexy, by the way. My god."

KryptonSite has learned that Alessandro Juliani does appear in this episode as Dr. Emil Hamilton.
– From Erica Durance's Zap2It interview: "Lois has a hilarious bachelorette party coming up, of course, which is going to be a very fun episode for fans. In an upcoming episode called "Fortune," she finds herself in the aftermath of this bachelorette party, which is this wonderful fantastic experience where they all get kind of — let's say everything kind of goes blank. It's a great episode that reminds me of some of the first investigative work she did. She finds herself having to go undercover in a very sassy outfit, with a very surprising
partner."

does the word " Scion " sound familiar well it's because it was mentionned in Season 7 , it was a project about Brainiac's reformation ,he went from being a liquid in a vile into Milton Fine again .

Young Alexander ( Lucas Grabeel) is also set to return for this episode .

From Kryptonsite :
This episode will feature Blue Beetle and Booster Gold.
Geoff Johns revealed at the New York Comic Con that Clark will notice the Legion ring on Booster Gold's finger, and asks if Booster is a Legionnaire. "No, but they're really good friends of mine," Booster tells him.
– Sadly, Brainiac 5 (in "Homecoming") and Booster Gold seem to be the only Legion-related presences scheduled for Season 10.

Jonathan Kent is rumored to return in this episode AGAIN , since John Schneider ( who plays Jonathan ) signed up for 2 episodes in the final season of SMALLVILLE it would be nice the old Pa' Kent one last time !

Little is known about Michael Rosenbaum's return as Lex Luthor , producers are cautiously optimistic about his return , we are all hoping he comes back , there is no Superman without Lex Luthor , and fans would feel disappointed if they didn't see " LEX "'s face one last time fighting Clark as SUPERMAN . 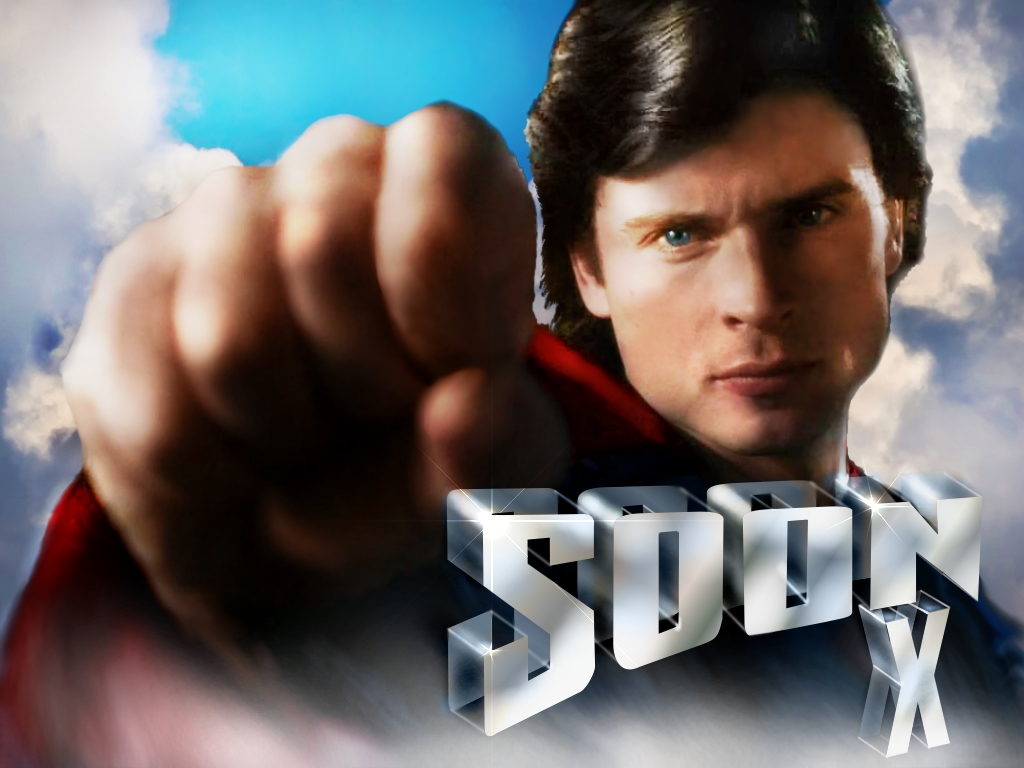