KryptonSite has gotten confirmation of a guest star appearing in the upcoming Smallville episode "Scion."

Appearing in the episode will be High School Musical's Lucas Grabeel, who will also be appearing in the show's Feb. 4 episode, "Beacon." He first originated the role of Alexander/Young Lex in the Season 6 episode "Reunion," and he will be playing the aged Lex clone here. 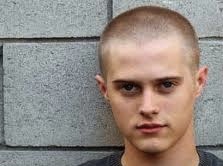