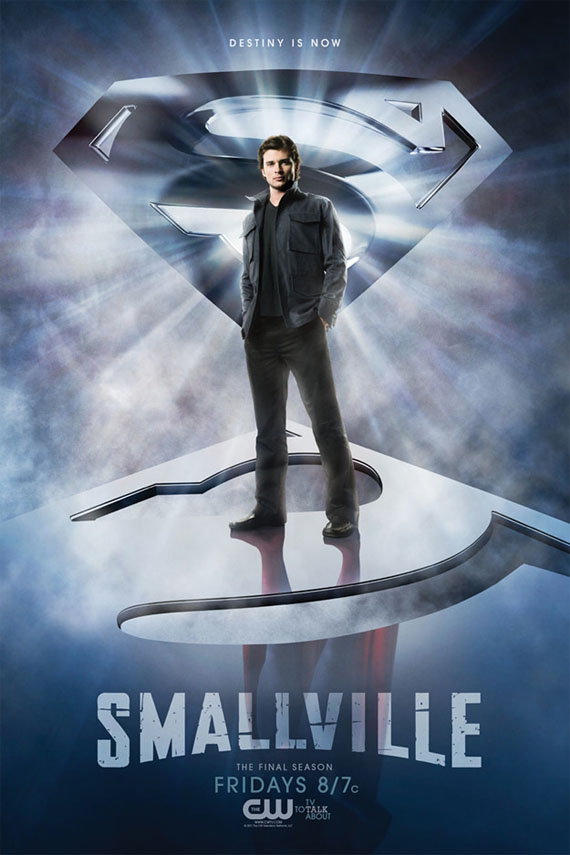 This is it, Smallville fans. It’s just about time to see Clark Kent squeeze into his trademark red and blue tights so he can run faster than a speeding bullet and leap tall buildings in a single bound as Superman. We think. The CW has released a promo image for the Superman origin TV series’ tenth and final season, which continues on January 28th. It’s an image that tantalizingly teases his coming transformation into a full-fledged superhero: Tom Welling’s Kent striking a pose while an obscured image of him in his future costume is reflected below.