Smallville asks YOU to Believe in Heroes! 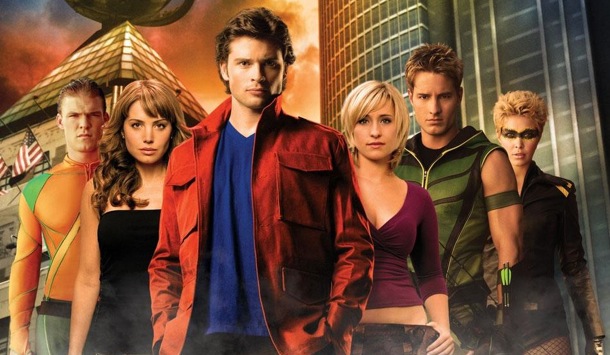 OFFERING FANS A CHANCE TO APPEAR IN THE ‘BEACON’
EPISODE ON FRIDAY, FEBRUARY 4TH

Viewers Can Upload Video Testimonials to CWTV.com
from Friday, December 10, through Monday, December 20,
for an Opportunity to Appear in the Episode

BURBANK, Calif. (December 10, 2010) — Do you believe in heroes? If so, The CW’s hit series “Smallville” (Fridays, 8:00–9:00 p.m. ET/PT) wants to hear from you. Fans of “Smallville,” from Warner Bros. Television, will have a once-in-a-lifetime chance to appear in an upcoming episode of the 10th and final season via the “Smallville:” Believe in Heroes Challenge, a 10-day promotion running from Friday, December 10—Monday, December 20, on CWTV.com.

In the episode “Beacon,” to be broadcast on Friday, February 4, Clark (series star Tom Welling) is at an emotional crossroads, with Metropolis divided by a clash between supporters of the government’s Vigilante Registration Act and opposing rallies to generate support for indispensable heroes like The Blur.

Clark’s friends assure him that he is, indeed, making a difference in his crime-fighting role as The Blur, and to prove their point, they show him videos from the Internet in which ordinary citizens express what The Blur means to them, what it means to be a hero – and what it means to have heroes and believe in them. One of these videos could be yours!

And this is where “Smallville” fans come in!

Here’s how it works:

In these videos, viewers – speaking in character as impassioned citizens of Metropolis and around the world, fighting for the rights of their heroes – can express what The Blur means to them and talk about why they believe in these super heroes.

“Smallville” producers and the CWTV.com team will review the submissions and select a number of the user-submitted videos for broadcast as the testimonials that Clark watches during the “Beacon” episode airing Friday, February 4 (8:00–9:00 p.m. ET/PT) on The CW.

In addition to selecting the winning videos to be used in the episode, the “Smallville” producers and CWTV.com team will also select a number of additional favorite videos that will be posted to CWTV.com following the broadcast.

For information on how to submit videos and for rules of the promotion, please click here: http://www.cwtv.com/smallville

Smallville airs on Fridays at 8PM EST on The CW.