LAURA VANDERVOORT RETURNS AS DC COMICS’ CHARACTER SUPERGIRL — Clark (Tom Welling) is stunned when Kara (guest star Laura Vandervoort) returns to Earth and tells him Jor El sent her to stop the dark force that is coming because he doesn’t believe Clark can handle it. Meanwhile, Lois (Erica Durance) confronts Gordon Godfrey (guest star Michael Daingerfield), a shock jock radio DJ who has been crusading against heroes, after he threatens the Green Arrow (Justin Hartley). However, after Godfrey is possessed by the dark force, he takes Lois hostage and Clark and Kara have to come to her rescue. Posted on KryptonSite. Mairzee Almas directed the episode written by Ann Cofell Saunders 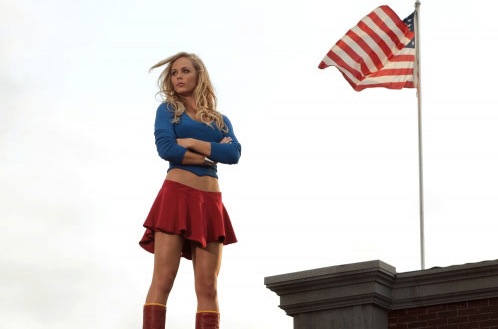