Kevin Smith on the topic of ‘Superman Returns’ 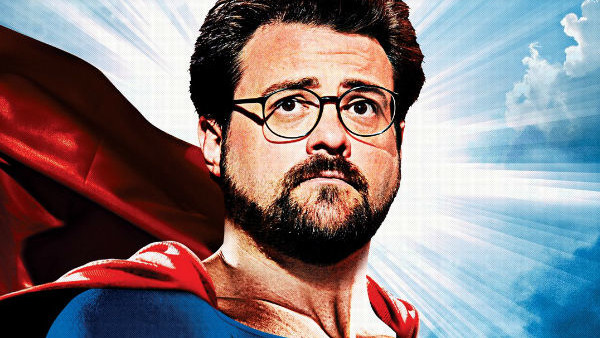 When Kevin Smith Spoke at the University of Akron (GO ZIPS!) he tore the movie ‘Superman Returns’ a new one. His commentary on the movie is hilarious! I especially enjoyed his perspective on the whole mysterious origins of young Jason Lane and the lack of action in the film. Not to mention Lex Luthor’s brilliant scheme to have everyone on the planet live on a giant rock of kryptonite. Man I love this guy! He’s a true fanboy!

There’s an entire Wikipedia page dedicated to “Kevin Smith’s unrealized projects,” if that gives you an idea of just how extensive his creative endeavors are. On this list, we can find a pilot for Clerks: The TV Show, the production of which Smith was unaware until casting had already begun. He withdrew from his brief subsequent involvement in the series when his idea for a script was relegated to a B-plot. He later used the script in an episode of 2000’s Clerks: The Animated Series, of which there are also many unmade episodes filed under “unrealized.”

The multitalented artist has even stated a desire to write a children’s book, which would be the both unlikely and perfectly fitting marriage of his seemingly paradoxical devoted-family-man and rough-around-the-edges-creator personas. And in the true Kevin Smith fashion of taking horror and making it even more uncanny, he at one point sought to produce a Christmas horror movie called Anti-Claus but was beat to the punch in 2015 by Krampus (though the title Anti-Claus would have been cool to see, since it rhymes with Santa Claus).

Kevin Smith did an almost complete 180. Starting in 2011 with Red State, Kevin Smith moved from the comedy genre into the horror genre. Fans of the classic Kevin Smith might not know the full extent of this departure from his original brand, other than being painfully aware of the fact that Smith, until Jay and Silent Bob Reboot in 2019, hadn’t made a film in his “View Askewniverse” since 2006’s Clerks 2.

His first film in the horror genre, Red State was a stomach-turning (so continue reading with caution) political horror thriller in which conservative religious zealots capture, torture, and kill or attempt to kill individuals they perceive as sinful, including a gay man as well as three teenage boys who one member of the congregation lured with the promise of group sex. As if the ritual murders and bone-chilling religious fanaticism weren’t enough, the original ending called for the coming of the Rapture and the Four Horsemen of the Apocalypse.

Smith’s horror pieces have only gotten weirder. 2014’s Tusk depicts a former sailor who was saved from his shipwreck by a walrus, but after being stranded for too long, he was forced to consume the beast who had become his friend. Now he is a serial killer who mutilates his victims, sewing them into a walrus suit made of their own flesh (complete with tusks carved from their own leg bones). Smith’s horror films certainly leave us as speechless as Silent Bob.

18 thoughts on “Kevin Smith on the topic of ‘Superman Returns’”